At supper with his friends, Jesus was troubled in spirit, and declared, “Very truly, I tell you, one of you will betray me.” The disciples looked at one another, uncertain of whom he was speaking. One of his disciples– the one whom Jesus loved– was reclining next to him; Simon Peter therefore motioned to him to ask Jesus of whom he was speaking. So while reclining next to Jesus, he asked him, “Lord, who is it?” Jesus answered, “It is the one to whom I give this piece of bread when I have dipped it in the dish.” So when he had dipped the piece of bread, he gave it to Judas son of Simon Iscariot. After he received the piece of bread, Satan entered into him. Jesus said to him, “Do quickly what you are going to do.” Now no one at the table knew why he said this to him. Some thought that, because Judas had the common purse, Jesus was telling him, “Buy what we need for the festival”; or, that he should give something to the poor. So, after receiving the piece of bread, he immediately went out. And it was night. 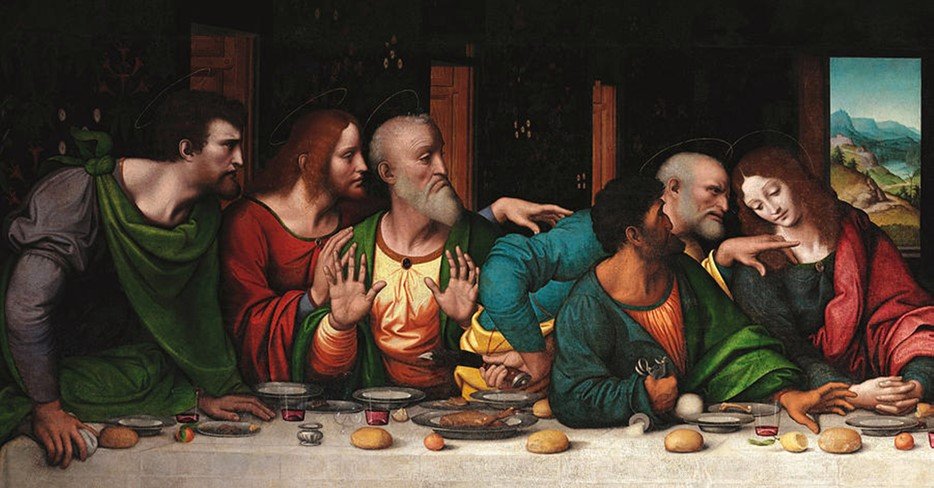 Jesus just said someone is going to betray him. Satan then enters that person and they leave to betray him and Jesus says this line about being glorified. We know the punch line of the story with death and Resurrection and I still don’t get this. Does this mean Judas had a choice or did Satan make him do it? Was it necessary for Jesus to be betrayed by a disciple or could Judas have had a change of heart? It seems like at this point that Jesus being arrested by the authorities was inevitable with or without the help of Judas, so how does this glorify God? I like having all the answers, but here I am just left with more questions.